Part of my series on countering questionably common misconceptions in space journalism.

While humans evolved in Africa, they have proven quite versatile and can inhabit perhaps 10% of the Earth’s total surface with a minimum of fuss. That is, neolithic technology is adequate to support human populations anywhere on Earth that isn’t ocean, an ice sheet, above 18,000 feet of altitude, or incredibly hot or dry.

That isn’t a dig at neolithic technology. Brilliant humans have existed since the beginning and staying alive back then was much harder than it is now. What I mean is that neolithic technology can be encompassed and transmitted by a relatively small group of specialists, while most people who work on, say, computer technology, have never and will never even meet each other.

Over time, and especially since the enlightenment and industrial revolution, advanced technology has permitted humans to live in steadily more hostile environments, with greater densities, and more comfortably. Since 1958 there has been a permanent human presence at the south pole and since 2000, in space. Technology exists to provide life support, or to supplement existing capabilities. As a particularly concrete example, the aqualung permits SCUBA divers to breathe under water, enabling extended (though not indefinite) occupation of shallow water. 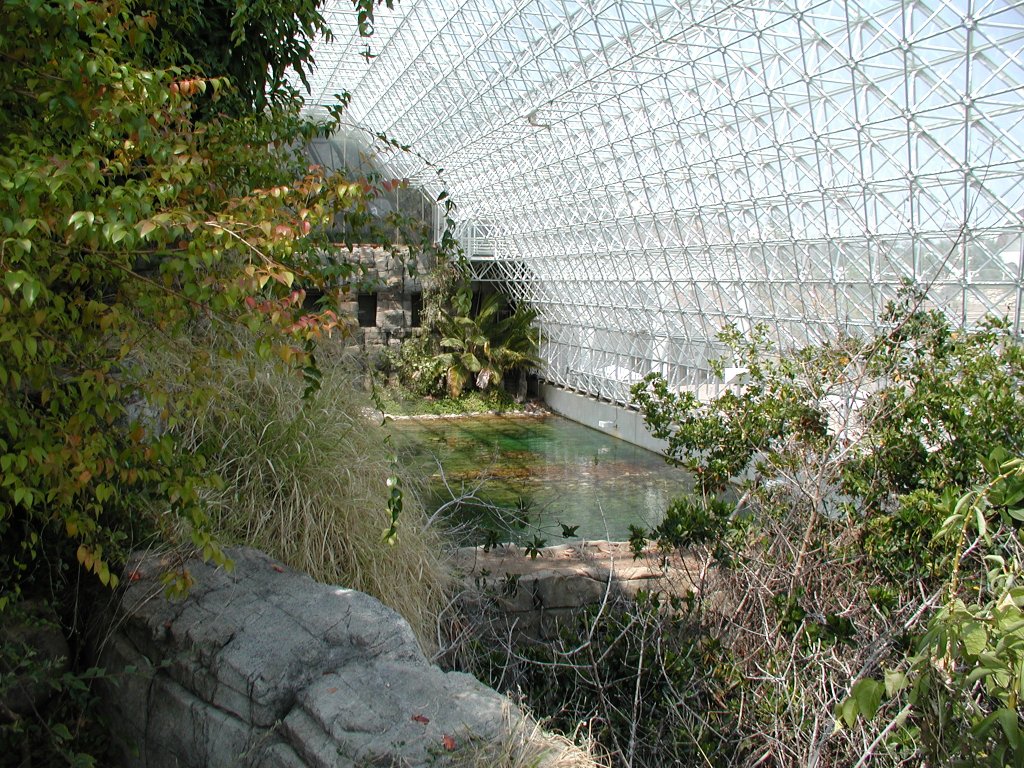 Let’s cut to the chase. A common criticism of ambitious space exploration plans, such as building cities on Mars, is that life support systems (LSS) are inadequate to keep humans alive, ergo the whole idea is pointless. As an example, the space shuttle LSS could operate for about two weeks. The ISS LSS operates indefinitely but requires regular replenishment of stores launched from Earth, and regular and intense maintenance. Finally, all closed loop LSS, both conceptual and built, are incredibly complex pieces of machinery, and complexity tends to be at odds with reliability. The general consensus is that the sort of LSS required to nourish a generation ship to fly through space for millennia is beyond our current capabilities.

No matter how big the rocket, supplies launched to Mars are finite and will eventually be exhausted. These supplies include both bulk materials like oxygen or nitrogen, and replacement parts for machinery. This doesn’t bode well. Indeed, much of the dramatic tension in The Martian is due precisely to the challenges of getting a NASA-quality LSS to keep someone alive for much longer than originally intended.

I’m not an expert on LSS by any means, but I will include here a brief summary of what they have to do to keep the squishy humans alive in space.

Humans will live on some sort of base or habitat which contains volume pressurized with gas. On Earth, we breath a mixture of nitrogen and oxygen, with bits of argon, water vapor, CO2, and other stuff mixed in. The LSS has to scrub CO2, regenerate oxygen, condense water vapor evaporated by our moist lungs, and filter out contaminants that are toxic, such as ozone and hydrazine.

With breathing gas sorted out, humans also drink water, consume food, and excrete waste. For extended habitation, these needs also need to be addressed by the LSS.

On Earth, these various elemental and chemical cycles are produced, and buffered by, the immensely large natural environment. I don’t think anyone thinks that a compact biological regeneration system is adequate to meet the needs of a growing city on Mars. Biosphere 2 had a really good go at this and failed for a variety of reasons. One major one was complexity. If the LSS depends on the good will of tonnes of microbes, most of which are undescribed by science, it is very easy to have a bad day.

The alternative is a physical/chemical system. Much simpler, it employs a glorified air conditioning system to process the air and recycle/sanitize waste products. Something like this exists on every spacecraft, and submarine, ever built. The difficulty arises when a simple, robust machine that is 90% efficient is asked to perform at 99.999% efficiency.

There is a third way, at least for cities on Mars or the Moon.

A mostly closed loop LSS is necessary during transport, but it doesn’t have to operate indefinitely. Flights to Mars will take about 6-8 months, which is within the realms of reliability engineering. Additionally, all flights will have with them substantial cargo and fuel/oxidizer, which can be used as feedstocks for replenishment.

Once on the surface, there is an entire planet of atoms ready to harvest. Rocky planets such as the Earth or Mars are, to a physicist, a giant pile of iron atoms encapsulated by a giant pile of oxygen atoms, with other stuff in the gaps. Nearly all rocks, plus water, contain more oxygen than any other element. The Moon and Mars have a lot of water if one knows where to look. Nitrogen is another issue but does exist in the Martian atmosphere. The upshot is that the LSS on Mars doesn’t have to be closed loop. It can depend on constant air mining or environmental extraction to make up for losses, leaks, and inefficiencies. The machinery can be relatively simple, robust, and easy to maintain. The ISS LSS is, after all, 1980s technology at best.

This blog isn’t the place for a lengthy conversation on Martian agriculture, but I am reasonably certain that plants can be grown there. On the other hand, food requirements are something like 200 kg/person/year, which is quite a long way down the list in terms of both mass and complexity of production. In the initial decade of Mars city development I expect that the bulk of people’s caloric intake will be imported, though some fresh food will be grown locally.

No life support system miracles are required to keep humans alive on Mars in the near future.