Well, dear reader(s), we’re getting close to the bitter end here. I’m on shaky ground. This blog is about misconceptions that are neither common nor found in space journalism. But someone once said something that annoyed me and so now we have a blog about it.

To begin with the usual disclaimer, I’m not a book critic. Nor have I ever been to the Moon. I have, however, written reviews or technical commentaries on this blog of several books, including “The High Frontier” and “The Martian”. 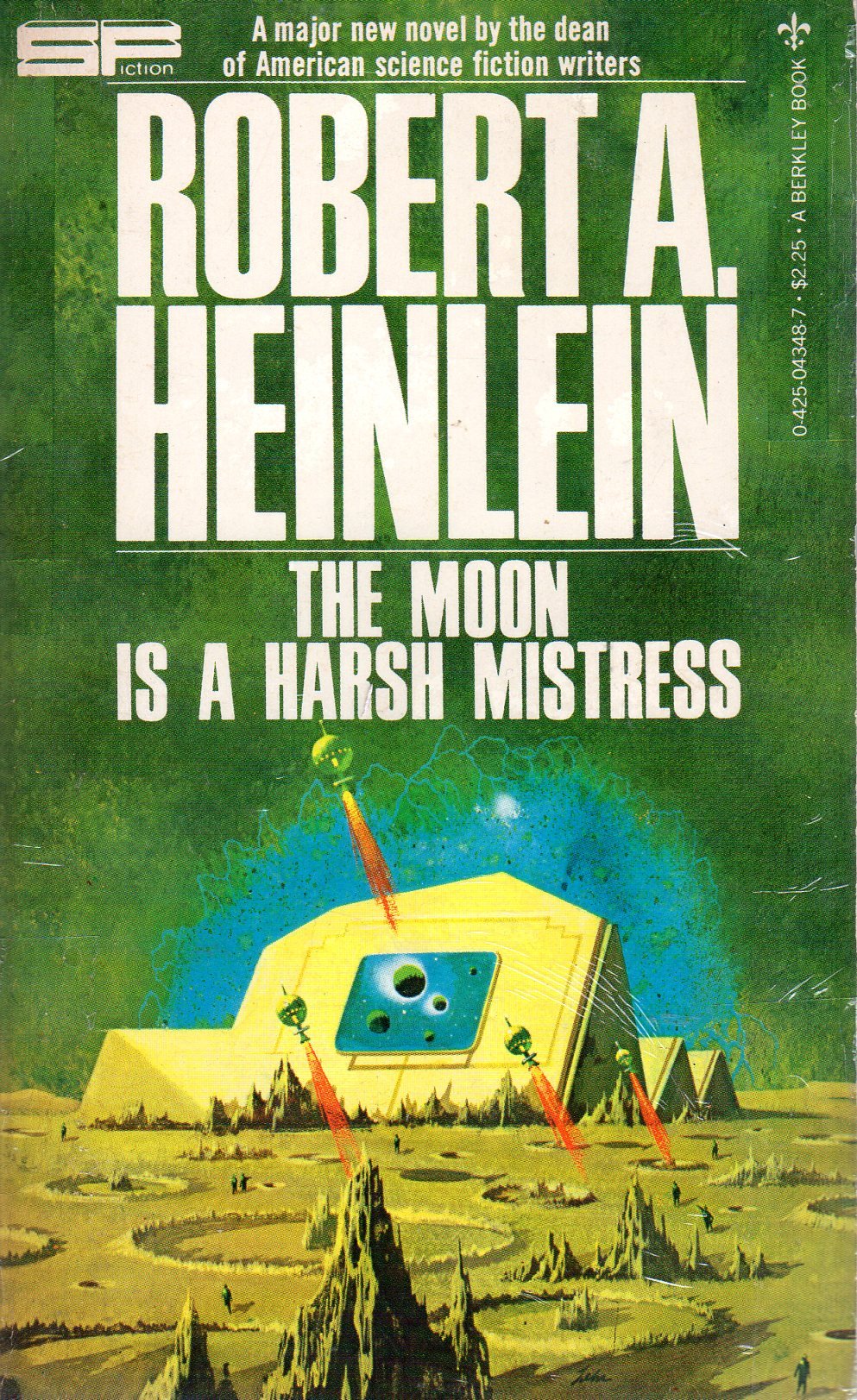 “The Moon is a Harsh Mistress” by Robert Heinlein is a fun book and it’s not particularly hard sci-fi, so I will resist the urge to be a joyless bore and abstain from enumerating technical problems with the plot. It’s a novel. It has technical inaccuracies. If you’re into that sort of thing, my review of “The Martian” is a good place to start.

No, it turns out that Heinlein’s book is a fine piece of writing on its own terms. What ruined it for me is its use by a small hard core of fans to argue about vision for space exploration, as though it was some kind of holy text or scientific primary source. Indeed, since its publication in 1966 it has spawned countless imitators, almost all of which (if I may go so far as to say) completely miss the point. If you disagree, well, I could be wrong. It has happened before.

TMiaHM is a coming-of-age story set on a subterranean Moon city. To create narrative conflict, this city is expected to squander its limited water supplies growing grain (!) to ship to Earth with an electromagnetic mass driver. Manipulated by a sentient AI (the main character!), the supporting human characters foment a violent revolution which culminates in their kinetic bombardment of strategic targets on Earth, as though the Moon was some sort of strategic high ground.

While some readers celebrate a thread of libertarianism that runs through the novel, it is worth pointing out that few derivative works by other authors captured the quotidian weirdness that Heinlein managed to bake into the Moon’s social culture. In particular, the unbalanced gender disparity leads to the adoption of an alternative family unit where marriages occur in concatenated “lines” rather than persistent diads. This draws on Heinlein’s interest in the free love movement, which he wrote as early as the 1930s.

Much of the book is consumed with theorizing about violent revolution, and draws heavily on the American revolution, while its publication anticipated the global socialist instability of 1968 by a few years.

The ambiguity of its moral message is a testament to the complexity of the text, but to me the “boys own adventure” and risk-free libertarianism reading misses the point. Of course, if there is anything more petty than taking a novel literally, it would be criticizing that action, so I will desist. Soon.

Let’s be specific. In what ways does this novel (and others in the genre) fail as an instruction manual?

We know that a Moon city is not a good place to grow plants, that water is relatively abundant on the surface near the poles, and that underground construction is pointlessly difficult. So any future Moon city will have to be structured around some other premise, which is to say its foundational architecture on both a social and technical level will be completely different.

We know that AIs are pretty good at tweaking our amygdala, but strictly speaking we don’t need to build one on the Moon, and I would hope its existence is strictly orthogonal to the question of political control.

Lunar cities, and all other space habitats, are tremendously vulnerable to physical destruction. This means that, for all practical purposes, Earthling power centers hold absolute escalation dominance. No combination of sneaky AIs, secret mass drivers, or sabotage would be enough to attain political independence through force. If space habitats want some degree of political autonomy, they will have to obtain it through non-violent means. Contemporary science fiction author Kim Stanley Robinson makes this argument powerfully in this recent podcast, when discussing how he structured the revolutions in his Mars trilogy.

Lastly, the “Brass cannon” story is like “Starship Troopers” – a falsifiably satirical critique of popular conceptions of political control. For some reason, libertarians swarm Heinlein novels and space advocacy conferences like aphids in spring. I will resist the temptation to take easy shots, but point out merely that every real-world attempt at implementation of libertarianism as the dominant political culture has failed, quickly and predictably. This is because libertarianism, like many other schools of thought that fill out our diverse political scene, functions best as an alternative actually practiced by very few people. It turns out a similar thing occurs in salmon mating behavior.

I always try to end these blogs on a constructive, positive note. When we set out to build cities on the Moon and Mars, we do so because we are inspired by compelling visions, often delivered within powerful narratives told by gifted story tellers. But narrative is something constructed from reality, not the other way around. In getting down to the nuts and bolts, we must abandon our preconceptions and instead reason by first principles.