In past years it’s been customary for me to post a yearly review on Facebook. As I move toward different communication platforms, I’ll transfer the tradition to my blog. Many of my posts are quite technical in nature, and I can assure my reader(s) that while I have many more horribly technical posts in store, this one will be relatively personal.

I’m pleased to report that 2018 has been a terrific year, so I have lots of good news to share.

The most exciting news by far is that C and I were thrilled to welcome our first child Y into the world. Y is now four months old and sleeps, eats, and snuggles in a very above average way. After the baby arrived, numerous grandparents came to visit sequentially for a few weeks, which was very helpful both to us and the ongoing solvency of the airline industry. We look forward to bringing Y to Australia for the first time in April next year. It’s important to begin Australian accent remediation early. We haven’t posted pictures of Y on social media, but if you know us, you will probably have been inundated by now. If not, don’t hold out on us! We’ll have you over for dinner.

On the career front both C and I started new jobs, both at NASA’s Jet Propulsion Laboratory, or JPL, which is in Pasadena. C is working on cyber security, while I was inducted into the GPS science group where I’m working on instrument development. JPL is a big change after Hyperloop, where I’d spent two and a half years building various demos for the high speed transport concept, contributing to hundreds of projects and learning an incredible amount about industry. Some of my patents have continued to be published, which is always a walk down memory lane.

It was bittersweet to attend the SpaceX Hyperloop Pod Competition this year and watch a student team crush the record that we’d worked so hard for, albeit under different rules. We were very excited to see the progress of the Boring Company on one of the key enabling technologies – cheap tunnels. As the wheels of life and career turn, nearly all my hyperfriends have also since moved on to a range of other projects, and it’s fun to catch up and swap notes. Sadly not all of them are still in LA, but I’m sure they will return sooner or later!

C and I also bought our first new car, a shiny Tesla Model 3, and moved into a larger place in NASAdena to make room for the upcoming family addition. The Tesla, which is now dangerously common on the streets of LA, is an awe inspiring car to drive. I was never that excited by cars, but I have to say, silently zooming down the open US roads on autopilot, in this one I have felt no pain. Home ownership remains impossibly out of reach for us anywhere near our workplace. It continues to blow my mind that two overqualified highly paid software engineers – easily in the 1% if not 0.1% of income, cannot buy into a property market at even the bottom 1% within an hour’s drive of anywhere that would employ us. Build houses, tax wealth.

2018 was not an absurd travel year for us, but I did spend a very pleasant two weeks in India speaking at various student festivals about the intersection of social responsibility and technical career paths. It was a huge honor to be invited and I’d love to do it again some time.

2018 was a great year for hobbies! C and I continued writing like crazy. I think 2018 was my most productive year yet. I published two books, two short stories, and was honored to consult in a very minor way for Red Moon, by my literary hero Kim Stanley Robinson. I also finally transferred my blog to WordPress after much urging from my good friend S.

The first book is a grad school survival guide, in which I attempted to codify my hard-earned wisdom and share more broadly what I fairly routinely convey over coffee to interested prospective students. I wrote 90% of it in a week-long push over Christmas 2017, when C was largely unconscious with first trimester pregnancy and I felt prepared to leverage some friends’ generous encouragement.

The second book deals with the challenges of developing a sustained human presence in space. A topic that has fascinated me for most of my life, I built on my experiences in industry and analytic background to lay out the big problems and some solutions. It is a conceptual sequel to my first, and now somewhat dated, book on Mars exploration.

Two short stories were written in 2016 but not quite finished until, upon receiving rejections from various publishers, I decided to air them on my blog and move on to other, more immediate projects. The first is an experimental sketch with a minimalist narrative set on Mars. The second is an old idea concerning the rediscovery of hope in a post apocalyptic wasteland. Future writing will be much more unashamedly Utopian. Life is too short for easy, negative narratives that feed our dark compulsion for strife and angst.

In other constructive hobbies, I built, tested, and resoundingly crashed a racing drone, fulfilling a long ambition. The broader context is that I’m attempting to learn what I need to know to first break the current electric speed record and eventually, break the sound barrier with an electric aircraft. Unfortunately I haven’t had the time to build the next version, though I have all the parts and software. Hardware projects are time consuming! Like all my projects, I welcome collaborators if you’re interested.

Also on the hardware side, I rebuilt the dining table, built a squirrel-proof herb garden, and a window seat for our new place. I’m pleased to report I still have all ten fingers. 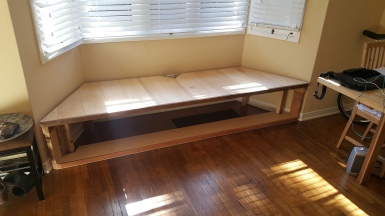 I designed and 3D printed a range of cool things, including a new, nicer set of wedding rings for C and I, but the definite highlight was a semi-functional turbojet engine. I’m ecstatic that my friend SB has built his own copy of the jet and is pushing the project forward in a way I just could not. 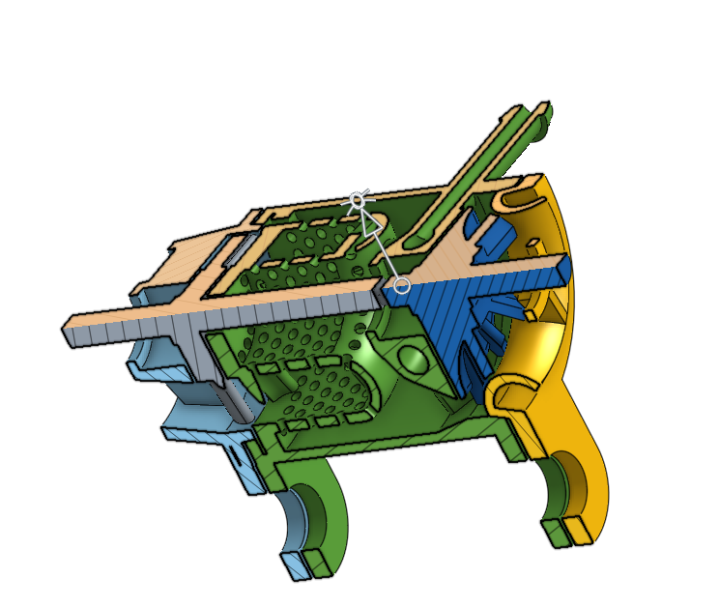 In addition to writing, babies, and various hardware projects, I filled a lot of the gaps in 2018 with projects that were concerned mostly with data collation. Some of these had been incubating for years, while others were executed in a single weekend. All of them, in some sense, hew to my aesthetic ideal for clean data presentation.

Have you ever wanted a single poster with an image of every launch of humans to space from US soil? How about information about every flight, including the who, when, what, how, and why? I did! So I built the most comprehensive spreadsheet I could imagine and then assembled this poster.

How about a single graph with information about when all the launch windows to all the planets are open, and how much stuff can be launched? I originally envisioned this as a sales tool for SpaceX, but eventually realized how launching so many rockets could really positively transform the way space exploration is done.

Finally, anyone who has ever played around in creeks at the beach knows that flooding landscapes is fun, so I wrote some software to perform a global high resolution hydrology simulation on Mars, and then render it as a realistic-looking landscape. This project is still ongoing, but it’s one of those projects that will probably outlive me. There are many people out there much more talented at the rendering aspect, and I look forward to collaborating with others in future to make this ever more realistic.

At about the same time as C and I were considering children, I became interested in genealogy. Usually, this attack of the most-boring-of-hobbies occurs in later life and, I’m pleased to say, I still do other things. I have derived much pleasure from solving a few ancient family mysteries and continue to work occasionally at solving a few more. As always, I’m happy to discuss aspects of projects or share what little I know with other people, if they feel my advice might be helpful!

For the last part of this “year in review,” I’ll make casual reference to a few broader cultural milestones. I really enjoyed discovering the Tim Minchin musical “Groundhog Day.” The music is great and the story, with which I was hitherto unfamiliar, found a strong resonance with me in the early months of the year.

And in the broader technical culture, C and I saw both the launch and landing of NASA Insight, watched New Horizons and Osiris REX discover their new tiny planets, and enjoyed cooking with the Boring Company “Not A Flamethrower.” The definite technical highlight of 2018, though, has to be the launch of Falcon Heavy.