Skip to content
In late February-early March, many Indian universities hold student-organized technical festivals, and in 2018 I was fortunate to be invited to speak at three of them: Footprints at MSU Baroda, Tryst at IIT Delhi, and Pragyan at NIT Trichy. The talks I gave had about 70% commonality and will eventually be uploaded to YouTube. Below, then, is a “final version” with a mix of local material. 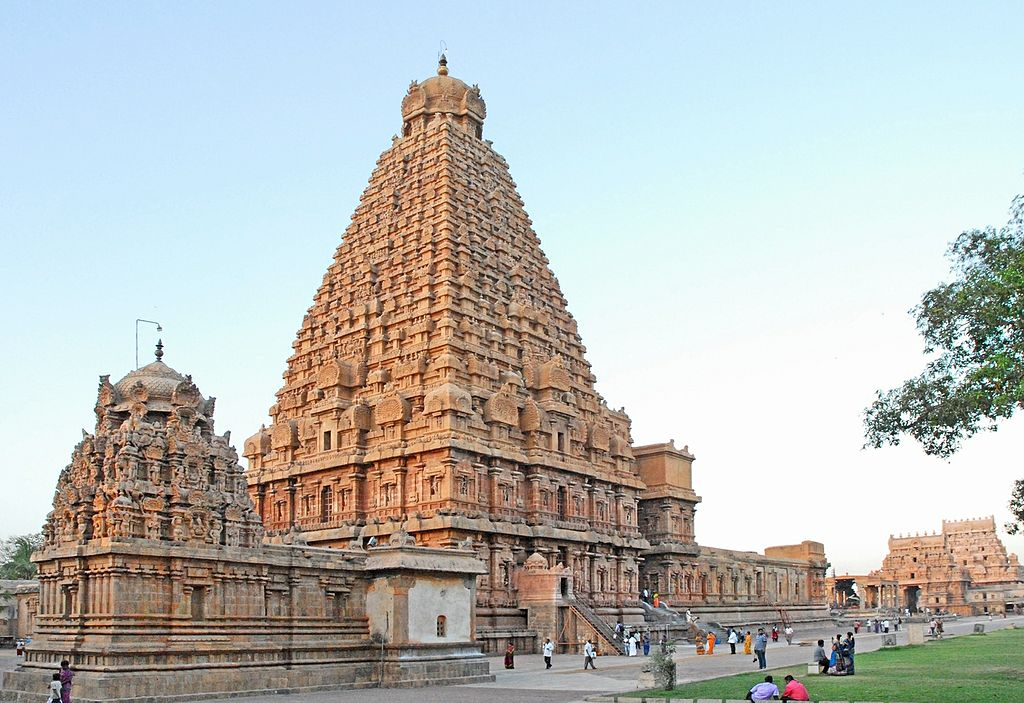 (Credit: Wikipedia)
But I had a thought yesterday, when I visited the Thanjavur temple. Consider the gopuram, that 80 tonne monolith at the top of the tall tower, and our confusion and uncertainty about how the builders put it there, a thousand years ago. There will, inevitably, come a time when our knowledge, identities, and methods are just as mysterious to people then as the builders of Thanjavur are to us today. But consider the present day. If the builders of Thanjavur could build all that in only seven years, what can we, with our internet, mechanization, computers, and science build in seven years?
Further, as far as we know, humans are the only entities in the universe capable of self contemplation and progress through technology. And we are fortunate to live in an era where we are already beneficiaries of so much painstaking progress. We can live long, peaceful lives relatively free of deprivation and pain. What I am trying to say is that there is an art, a performance art, to practicing science and living a technically contributive life. This is optimism in practice. A belief that our children will inherit a better world, and a belief that it’s worthwhile to expend our blood, sweat, and tears to ensure that we leave this world better than we found it.
So why be technical at all? Why not let other people invent cool stuff? I will tell you a secret. Technically literate people have a special advantage. Through the practice of technology, we actually have a magical power, the ability to imagine a better future, and then to bring the rest of humanity forward with us. In fact, you can think of technical ability as a special kind of democratic power, a power that naturally comes with a level of responsibility. In addition to the vote you cast every few years for your own government, every code commit, every drawing release, is another vote for a particular type of future.
In the US, and Australia, and maybe in India, there is an unaccountable and irrational nostalgia for a simpler time back in the distant, and imaginary, past. Back when things were supposedly simpler and life was slower and we all lived healthy agrarian or even hunter-gatherer lives. Well if you’ve ever had a toothache you know just how shallow this romantic fantasy is.
In 2018, the human species faces all kinds of truly daunting challenges. These include, but are not limited to, resource depletion, climate change, poverty and greed, food security, internet security, energy security. Regressing to an agrarian way of life is not an option. Mass starvation is not an option. Zombie fantasies are not an option. Mass death is not an option.
The only way forward is up, meaning emancipation through technology. We need every brain  working on these problems. Not just US brains, or Australian brains, or Indian brains. Not only white brains, male brains, christian brains, or rich brains. And not just physicist or software brains. We need them all. I challenge each and every one of you to think about how much more we can all do. What we can do to promote the diversity we desperately need to transcend the human challenges of the 21st century. There is no one way to be a scientist, engineer, or technician. In particular, please don’t try to duplicate my poor example and numerous career mistakes! There are an infinite number of paths to technical enlightenment.
***
Finally, what can we look forward to in 2050, now only 32 years away? Here are some things I would personally like to see. This is in some sense a fantasy, but it’s not forbidden by the laws of physics. I feel they are very achievable.
It’s not enough to wish for these things. As technical people, it is our responsibility to build this future. We can, and we must, do everything we can to see these better futures brought about. I look forward to seeing you there!
***Alright, let’s move to some questions. I want to get through as many as possible, so please keep them short.
I am sorry if we didn’t get to your question. Ask me on Quora or Twitter? Thank you!

One thought on “Footprints/Tryst/Pragyan speech transcript”